Every hill, hollow and hamlet in the central Catskills is infused with history, from the seasonal hunting and fishing camps of the Lenape people, to the homesteads created by emigrants from the Hudson Valley and New England, to the ruined forests felled for industry and then saved by State legislation preserving much of it for posterity.

Treasured historic sites throughout the region tell the stories of railroads and reservoirs, artists and writers, quarrymen and dairy farmers, rebels, entrepreneurs and many others who’ve influenced the course of these Scenic Byway towns. 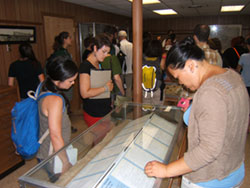 The library was founded in 1952 and has the special features of a local history museum, a large community room and a continuous book sale. History room features documents, photographs, electronic exhibits, diorama and artifacts related to the construction of the Ashokan Reservoir and the taking of several communities for that project.

The mission of the Olive Free Library is to provide our community and its surrounding neighbors with materials and services that meet educational, informational, cultural and recreational needs. It also provides a site for community activities that meet the same needs. 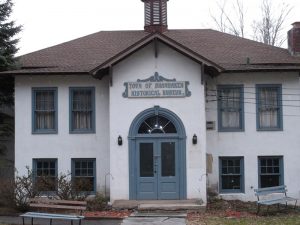 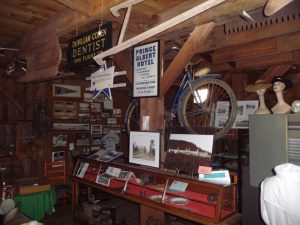 Located in a former carriage barn, the museum includes artifacts, memorabilia, displays and photographic albums chronicling the life of the village as a busy commercial and tourist center served by the Ulster & Delaware Railroad.  Exhibits detail local industry, early baseball, postal and telephone history and more. 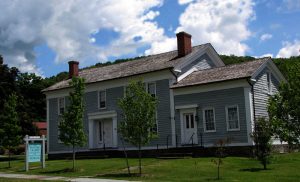 Home of the Andes Society for History and Culture, the museum includes a 19th-century tavern which served as a base for “Up-Renters” during the 1840s conflict opposing the feudal system of land ownership. Rotating exhibits, gift and book shop. Open Saturdays, 10-2, Memorial Day through October. 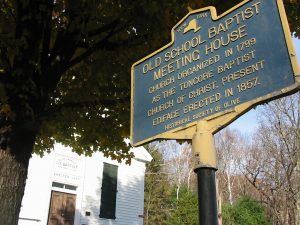 The 1857 Olive and Hurley Old School Baptist Church at Winchell’s Corners, Shokan, is a surviving example of the starkly simple meeting houses built throughout the region by this Primitive Baptist sect. The congregation, formed in 1799 as the Tongore Baptist Church of Christ, built this church on property owned by the DuBois family. The building was restored in 1999. It is listed on the State and National Registers of Historic Places. 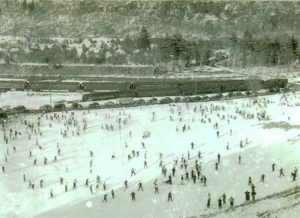 The site of Simpson’s Ski Slope in Woodland Valley near Phoenicia, where the first mechanized downhill ski center in New York State was established with the help of the Civilian Conservation Corps in 1936. Trains brought hundreds of skiers from New York City to the slope, which was served by a modest rope tow. The ski area operated through the 1970s.

Morton Memorial Library, 22 Elm St., Pine Hill, a gift of the children of Henry Morton, first president of Stevens Institute of Technology and one of the scholars who first translated the Rosetta Stone. Morton and his wife had a summer home in Pine Hill. The stone library, built in 1903, has a slate roof and spiral staircase. 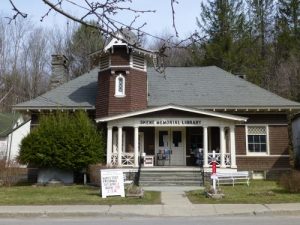 in Fleischmanns, where the widow of prominent NYC gynecologist Dr. Alexander Skene funded construction of this Main Street landmark in 1901. The Skenes had a summer estate in nearby Highmount. An octagonal tower, two stone fireplaces, and original woodwork and fixtures make this a gracious community institution. 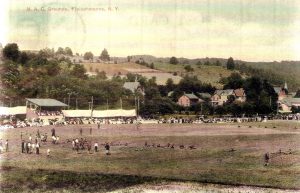 Fleischmanns Village Park, built as a ballfield by Julius Fleischmann of the yeast- and gin-making family that had a compound of summer homes here. Julius, who was twice mayor of Cincinnati, brought notable players like Honus Wagner, Ty Cobb and Miller Higgins to play in Fleischmanns. 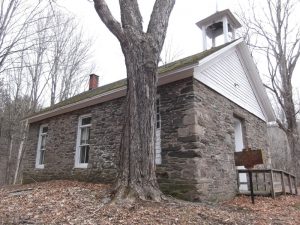 The Old Stone Schoolhouse near Margaretville was built of field stone in 1820 by local farmers determined to construct a school that wouldn’t burn. This one-room schoolhouse was rebuilt in 1862 by a new generation of farmers, who then hurried off to enlist in the Civil War. Students learned the 3Rs and more here until the early 1940s. 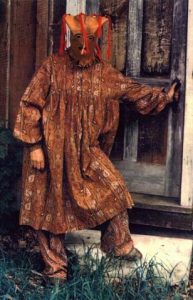 The site near Andes where more than 200 masked farmers killed an undersheriff who had arrived to confiscate the livestock of a farmer who had not paid his rent to the wealthy landowner. This incident led to the end of the Anti-Rent War of the 1840s, and to the leasehold system that precipitated it.

There are many such historic sites along the Byway and just beyond. Hungry for more? Check out the Itineraries for the history of NYC Water, the History of the Railroads.